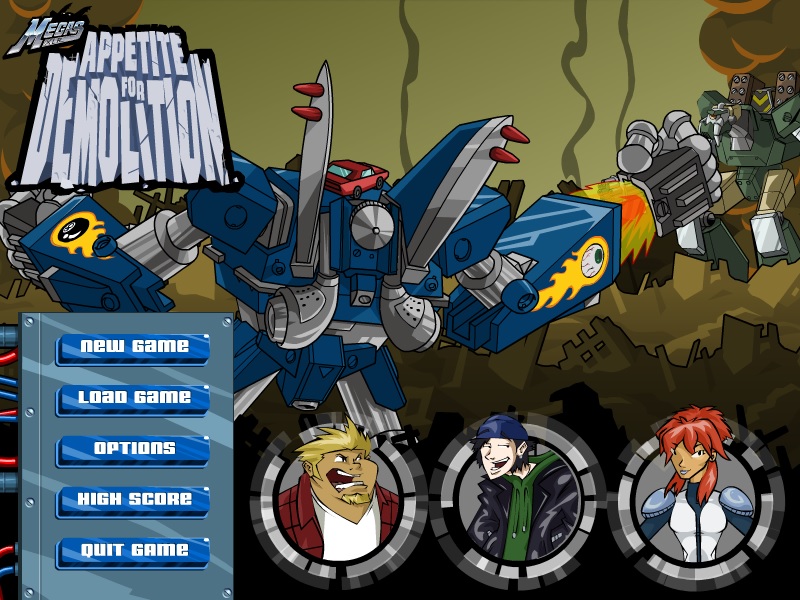 The game contained 4 different levels, each with 3 sub-levels that you had to search for hidden items while controlling Megas and fighting the Glorft robots. You could demolish buildings and other structures, crush cars, and walk over the rubble.

You had 5 types of weapons. Cannon fire from one of Megas’ arms which were unlimited and 4 other weapon upgrades. You had radar to help you find your objectives. You had to also find batteries to keep Megas from losing power and first aid kits to repair the damage that Megas took on. Plus you were also working against a timer that was counting down. 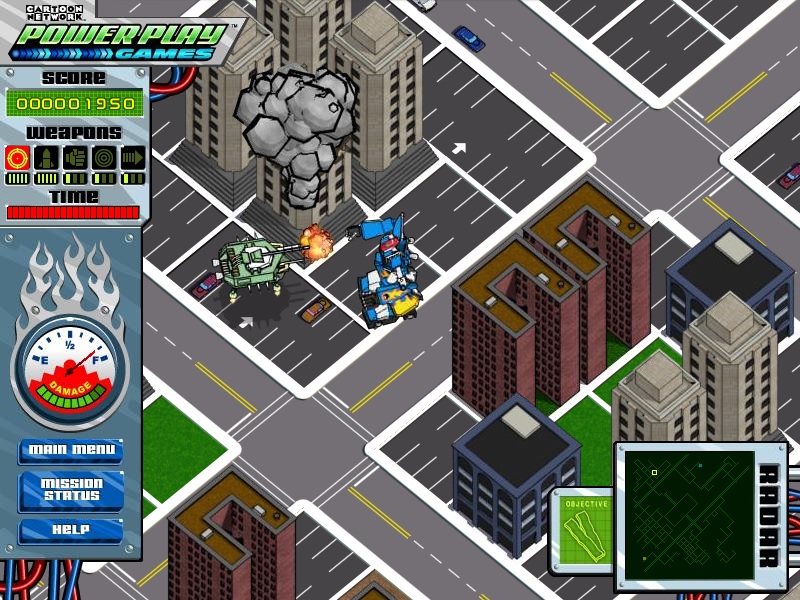 The sound effects were great and you would hear each of the three characters of the show (Coop, Kiva and Jamie) saying various lines throughout the game. You would also hear the main villain Gorrath either yelling at his robot forces to stop Megas or taunting the trio as they move about searching for hidden items.

The game would end if you became fully out of power, were totally destroyed by the Glorft robots and/or ran out of time. The game would only proceed to the next level if you successfully completed all objectives within each sub-level. 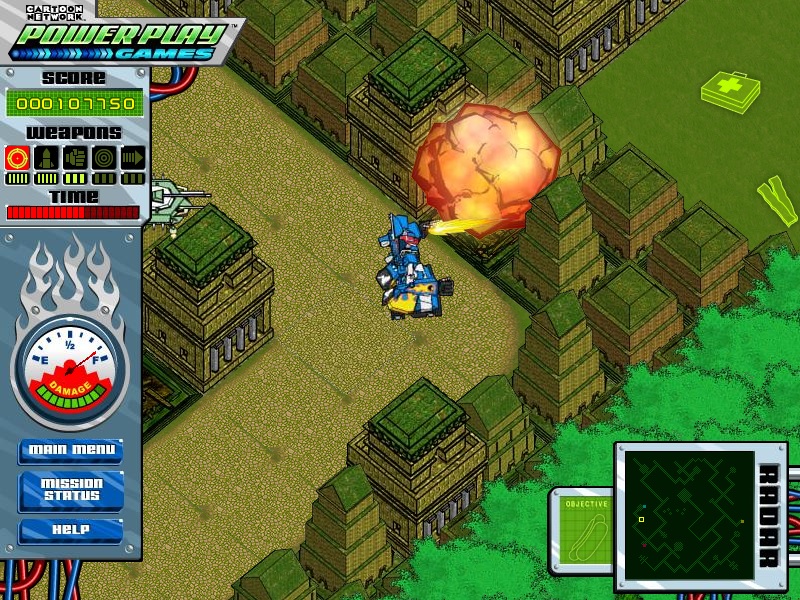 WHO DESIGNED THE LEVELS

I was one of 4 testers that got to design one of the 4 levels. My level was Level 1. This is the picture that looks like a city scene. Level 2 is the picture with Megas among the trees and Level 3 shows Megas on a space ship surrounded by stars. As soon as I can beat Level 3, I’ll post the pictures of Level 4 and the end of the game. It may take a while. Before today I haven’t played this game in 8 years. 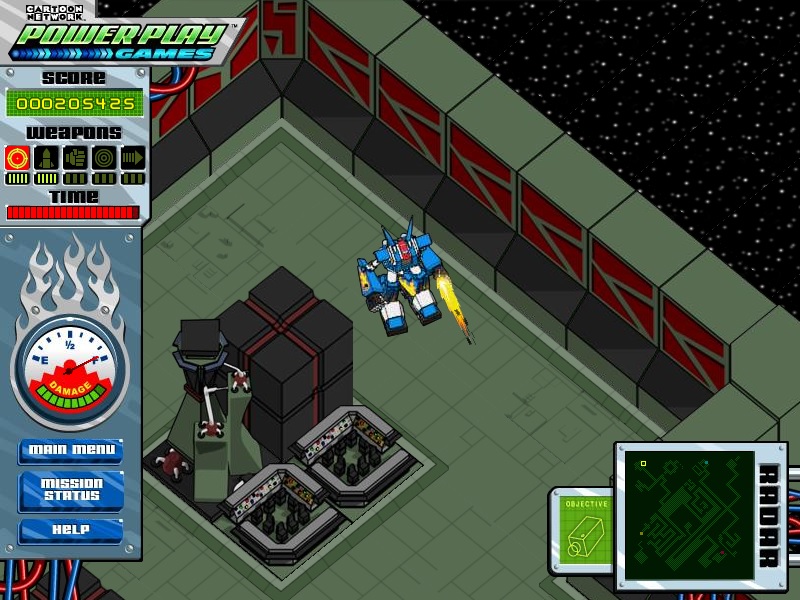 I MAY HAVE THE ONLY FULLY WORKING GAME

I liked how the game came out so much that I saved a copy of the entire game on the computer I designed the levels on. I’m glad I did because I believe that once the show was cancelled the game was pulled off of the Power Play Games website. I have looked and cannot find it anywhere online.

If you are a fan of the show I hope you enjoy the pictures. Maybe one day the game will be re-released. Until then I guess I’ll be the only one playing this completed game. 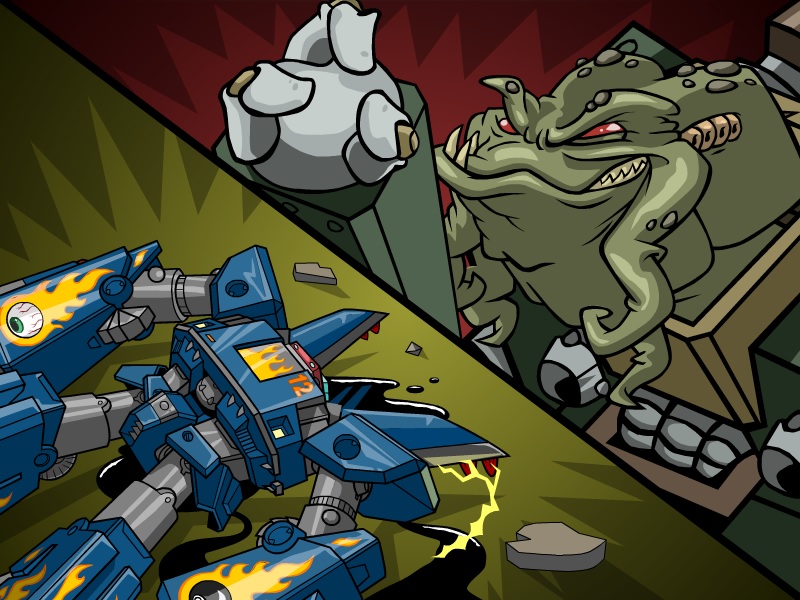 If you are a fan of the show or you are an ex-coworker of mine, I would love to read your comments below. Please leave them and I will get back to you. Thanks!