Testing a video game is more than just playing a game over and over again. There are certain game tester qualifications that I look for when I hire a tester. Qualifications such as, a passion for good gaming, that is free of any types of bugs.

BUGS – AND I DON’T MEAN AN INSECT

There’s nothing more frustrating (for me) than to be playing a game and after getting far into it, finding a bug that prevents me from going further. Even worse, getting to the very end and not being able to save my high score. There are so many things that can go wrong during the course of a game. As a tester you need to be aware of these bugs.

In a video game, what happens if you step off the edge of a level to die and then activate the pause menu at the same time that you die? Does the dying sequence continue after you un-pause the game? It should if it’s coded correctly. Or will you find a bug where the game hangs or crashes?

If you are testing a game app on a smartphone, what happens to the game flow when you get a phone call while you’re playing a game? After you finish your call and return to the game, does the game continue from where it was interrupted by the call? If not, it is a bug. 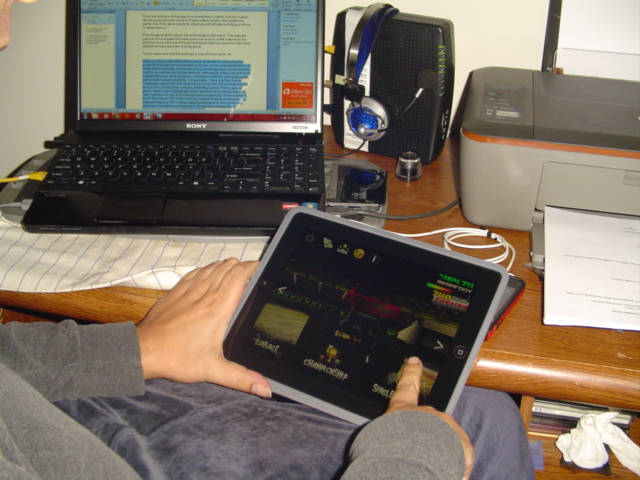 Testing a video game requires a lot of patience and a whole lot of repetitive actions. It can be so repetitive that you can very easily become bored of that game and possibly miss something.

I remember one of my testers got so bored of testing this one level in The Ren & Stimpy Show: Buckeroos! video game. He was testing that one level for 5 hours straight over and over and over again. Then when it came time for him to play up to that level from the beginning of the game, he forgot to regress test the other bugs he found prior to that problematic level.

So when I hire a game tester in addition to being a Team Player and getting along with others, these are the qualifications I look for:

• Has a passion for bug-free gaming
• Ability to play the same video game over and over and over again
• Able to think outside the box by playing to die and not to win
• The ability to try and break the programming code, finding bugs
• Willing and able to play every type of game genre
• Able to write and articulate a bug properly in a bug report
• Being able to regress test the bugs that you found to verify if fixed
• Is a detail oriented person who is methodical in approach
• Has a creative mind for coming up with possible bug solutions
• Is tech savvy and not afraid to learn a new technology
• Is able to work long hours and sometimes 7 days a week
• Loves to play and most importantly beat and finish a complete game

When you play a finished video game that you just bought at the store, you normally learn how to play it. When you test a video game you seek to play the game wrong to see if you can break it. About 60% of the time testing a video game is about breaking it and 40% about correctly completing it.

One of the qualifications above is being able to write and articulate a bug properly in a bug report. This is extremely important! This is just as important as finding the bug itself. Why is this so important?

When you find a bug in a video game you cannot say in a bug report: I was on level 3 and when I got to the level boss the game just stopped. – That is not an articulate way of reporting a bug. When you are reporting a bug you have to remember that the programmer has to fully understand what happened to recreate that bug so it can be fixed. You also have to understand that when it comes time for you to go back and try to make it happen again, after it has been fixed, you will need to remember how you did it. 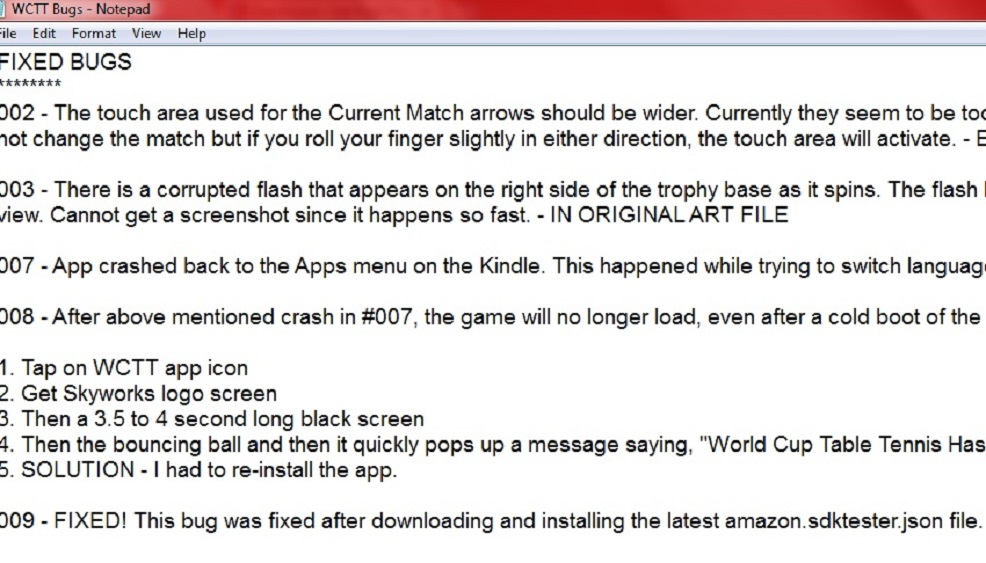 The correct way to articulate that bug properly is to provide an in depth description with steps to follow that lead up to the bug itself and what happens afterward when possible. So this is how you should report it:

I was on level 3 and I had 3 lives left. I approached the level boss and started to shoot and this is what happened.

1. I started shooting at the level boss and got 2 hits on him
2. When I went to fire my third shot the level boss started flashing
3. Then the level boss became corrupted graphic characters
4. My game avatar stopped responding to my controls
5. The level boss then stopped moving too
6. The game screen went to a black screen and I had to reset

Now that is how to correctly report the bug. That is a more descriptive bug with steps that help the programmer to reproduce the bug and fix it. That bug report will also help you the tester to regress the bug once it has been fixed. As a video game tester half of your time is going to be spent writing detailed and descriptive bug reports so you better know how to effectively communicate.

When at all possible you should also provide a video and/or screen shots of the actual bug. This too will aid the programmer just in case he or she cannot reproduce the bug based on your steps to repro. – If you should have any questions about qualifications for being a tester, please leave them in the comments below and I’ll get right back to you.