As a video game tester you need to come up with many different test case scenarios depending on the type of game you are testing. It is helpful to come up with them on your own if you are the lone tester in a small company. However if you work for a larger company and you are being managed by a QA Manager, the test cases may likely be provided to you.

However it is always good to come up with them on your own. I was always impressed with the testers that worked for me that didn’t need me to guide them in this regard. So what are test cases?

In the picture above I set the timer on my iPhone to trigger after 1 minute and then I started to play High School Cheerleader. After I tapped on OK and returned to the game the word “MISS” did not fully fade away and stayed on the screen for the rest of the dance. This can be seen in the picture below. This was a negative test case and thus a bug. In addition, the audio of the alarm turned off all music and sound effects for the entire game, yet another bug. The only way I could fix the audio and the “MISS” bugs was to do a cold boot of the iPhone. A cold boot is a full power off and then a power on. 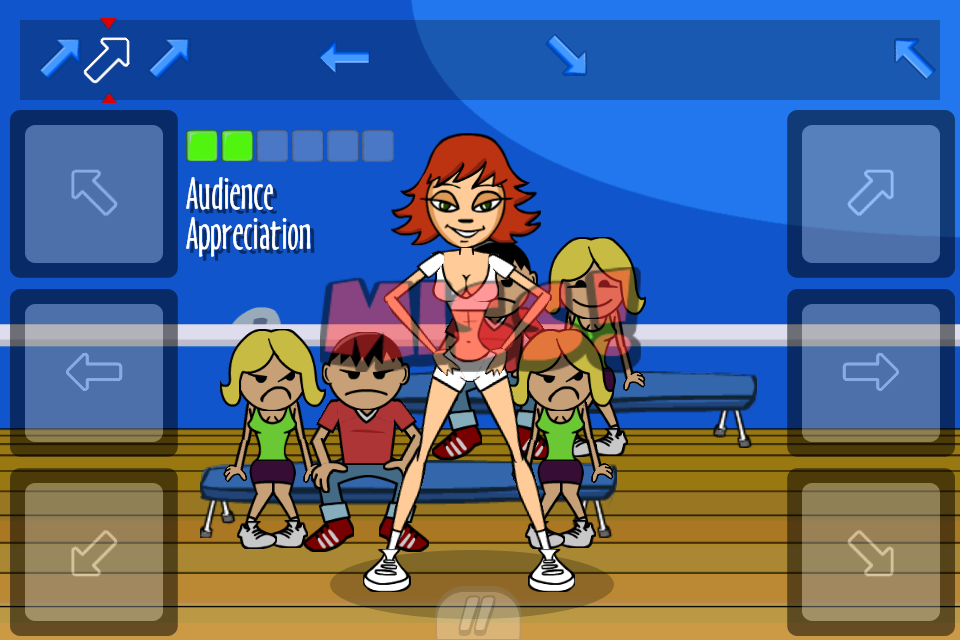 Test the proper functionality of the game in any particular area and then test that same functionality but do something that is not normally done when playing the game correctly.

Test that there are no improper button interruptions when performing various game user interface (GUI) functions.

If the game has screen views that fade in and out, test to see if you can pause the game in between screen views.

When testing a mobile app on a smartphone, lock the phone by pressing the Home or Power buttons while in the middle of a game. Now unlock or power on the phone and see if you start where you left off.

Play a game all the way to the end and save your high score. Then play the game to the end again but make sure your score is lower than the previous score. Now see if the game properly kept your previous high score and did not save the lower score.

If there is a graphic that displays whether your audio/sfx is on or off, turn the sound off. Now either reset the game or power down and restart. When the game comes back and you can hear audio/sfx, make sure that graphic display is showing that the audio/sfx is on and not off like it was when you hit reset or powered down.

When coming up with different test cases remember to always test the proper functioning of a requirement / outcome / achievement and then try to break that functionality by creating another scenario and basically doing something stupid. Do the ordinary and the un-ordinary way of play testing a video game. Always strive to think outside of the box, to do things you normally wouldn’t do when playing the game under normal conditions.

If you have any question about Test Cases, please leave a comment below and I’ll get right back to you.