A few days ago I posted Part 1 of my blog about one of two free iPhone games I have on my iPhone. Today I want to post Part 2 in this review of the other free game I have called Ugh! by Skyworks. 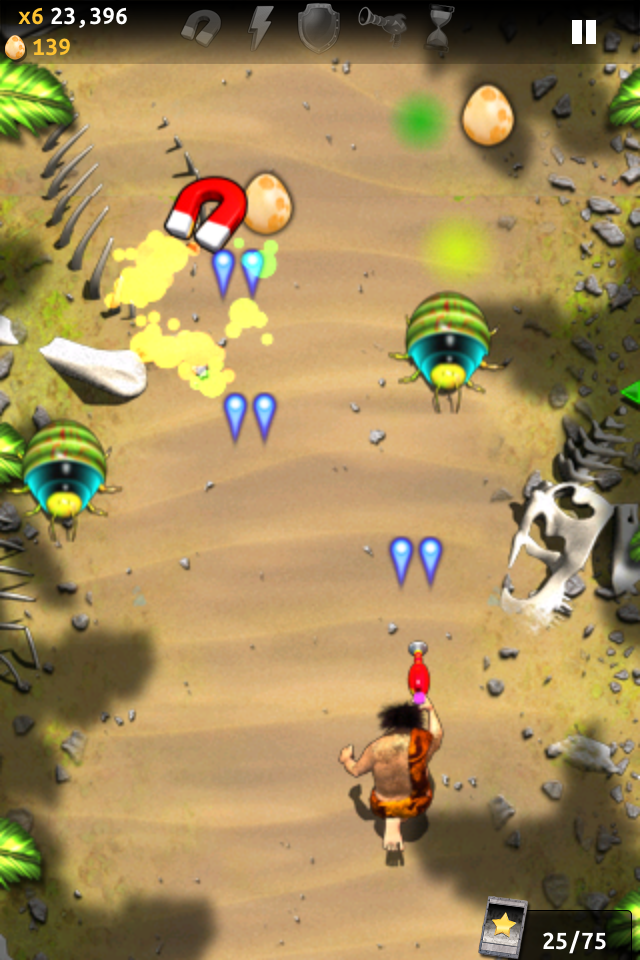 But of course if you are not as good of a game player or you are just impatient about your slow progress, then you may want to buy some add-on upgrades. If you do you will find that they are not that expensive, starting at 99 cents. There isn’t much, if anything, that you can get for 99 cents nowadays that’s as fun as Ugh!

But for the most part as you go through the game, from time to time, you will be getting upgrades to your lives (hearts) that will allow you to continue further and free weapon upgrades from Mystery Boxes. More on these below. 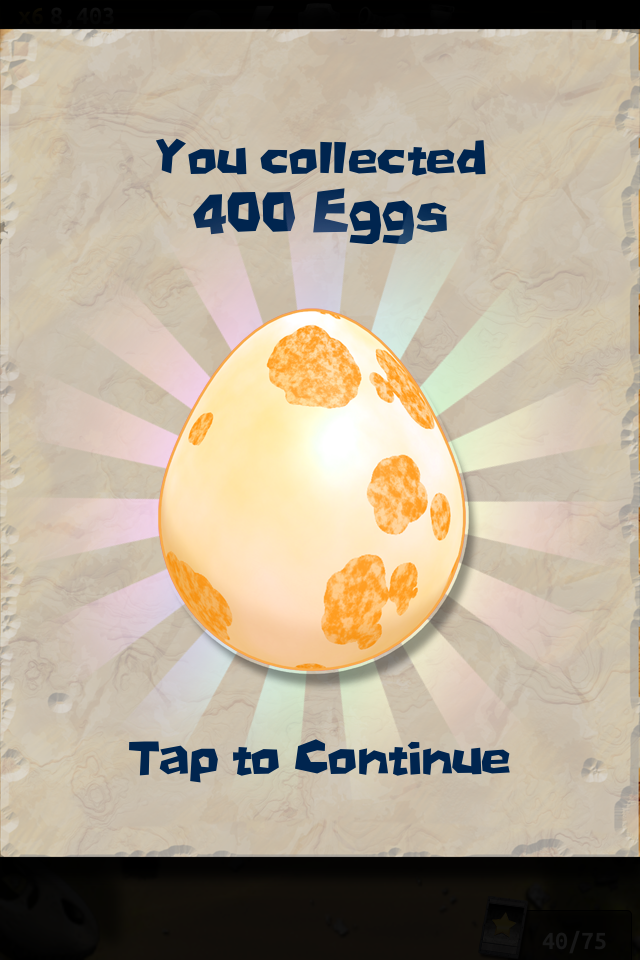 THE STORY OF UGH!

In Ugh! you are a caveman who has found an alien weapon and you bring the fight to the aliens who have come to destroy the world. The background scene is constantly scrolling downward as Ugh runs up, guns blazing and destroying wave after wave of attacking aliens.

After shooting the aliens they will either produce an egg, a bomb, a temporary power up, a card, or a mystery box. You want to catch everything except the black bombs. If you touch one of those, you will lose a life. 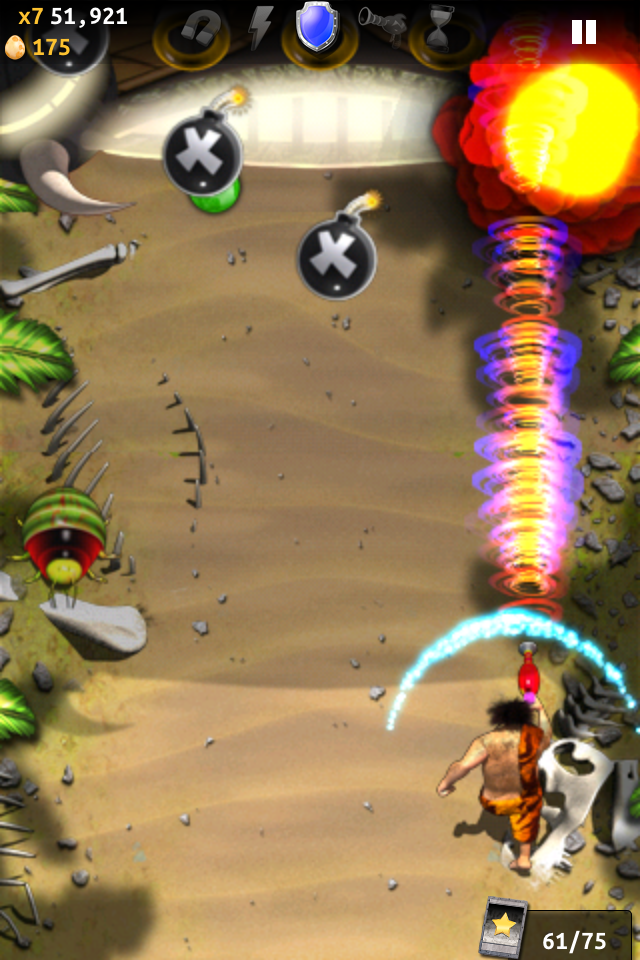 HOW TO UPGRADE YOUR WEAPON & POWER UPS

In Ugh! your source of currency are eggs. Different color eggs give you different amounts. The more eggs you accumulate throughout the game the more money you have to buy upgrades to your weapon and the length of time that the power ups you collect from the aliens you destroy, will remain active.

Each time after you lose a life you will have the option to continue or start over. If you choose to start over, this happens quite often when you first start out, you will have the amount of eggs you caught cashed in and added to your total. You can then either use that egg money to buy upgrades, or save it for later and fight on. 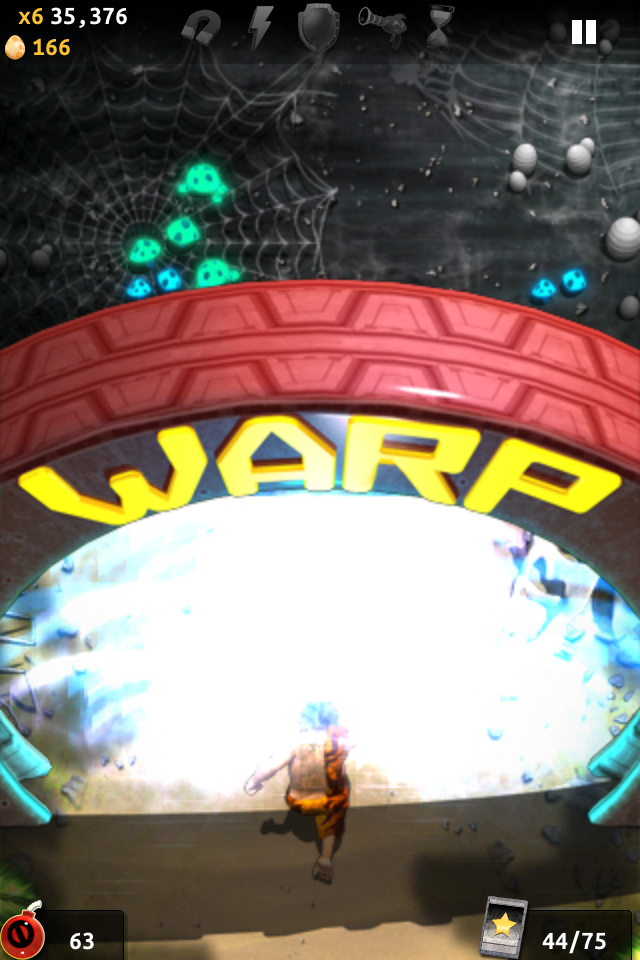 The controls are very simple. Just slide your finger left and right across the bottom of the screen to direct the fire coming out of the gun that is always firing. This motion also allows you to move Ugh to catch power ups and avoid bombs and aliens. One of the power ups is a vaporizer that will destroy everything in front of Ugh. Double tap the screen to activate it. Personally I only use this when fighting the alien boss at the end of each level. 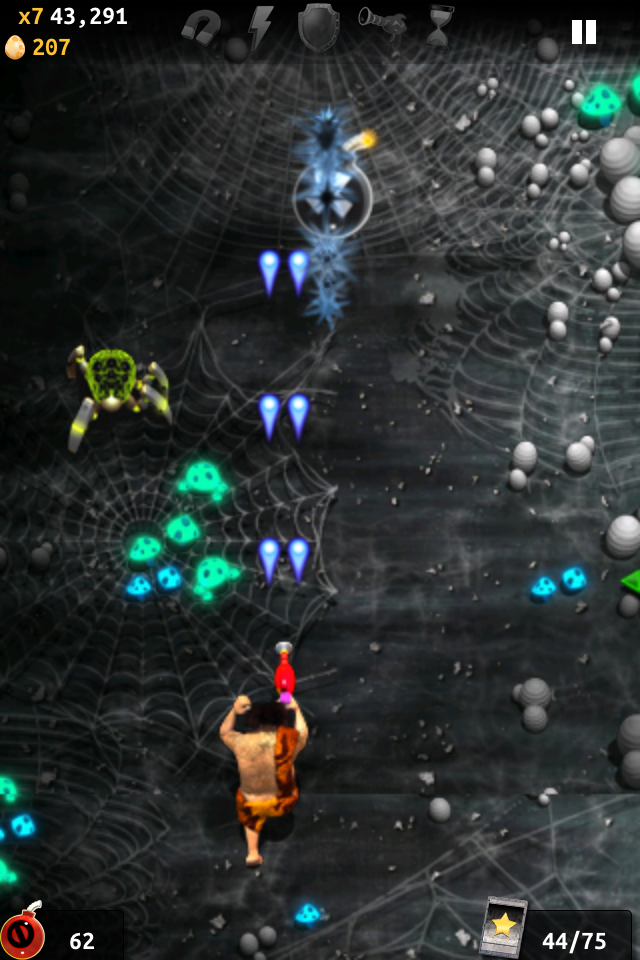 Depending on the strength of your gun, when you warp to level 3 you will need the vaporizer to make your way through some tough waves of aliens before reaching the alien boss at the end. Not only do these end of level alien boss’ have a wave of smaller aliens in front of them but they also fire multiple bombs that you have to avoid. Unless you have the power up that destroys bombs, you will have to find a way through the onslaught of bombs being fired at you. 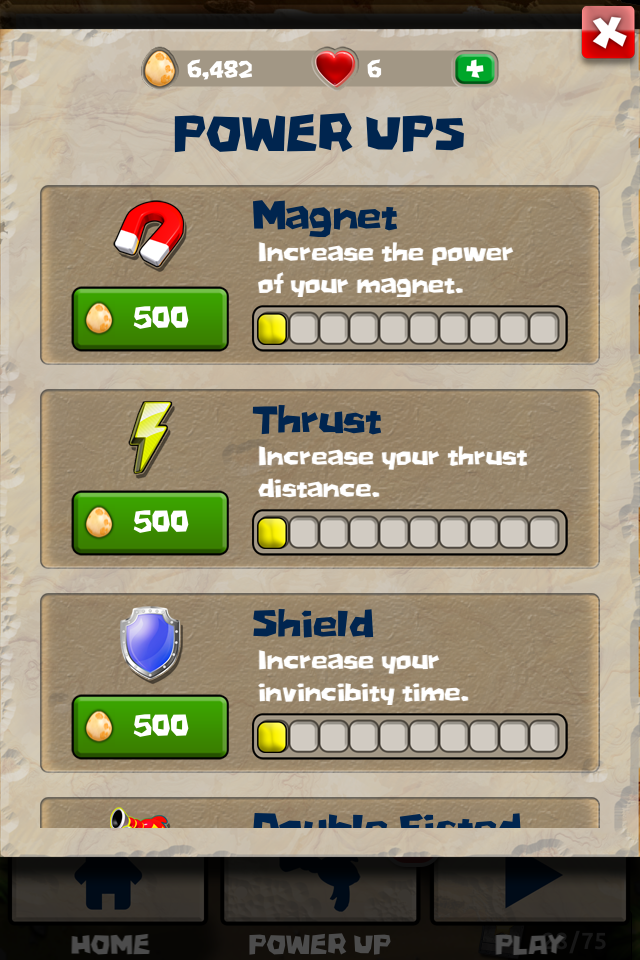 A LOT OF FUN FOR FREE

For a free app (available for iPhone, iPod and iPad) UGH! is a fun and addicting game. You can even gain extra eggs, hearts (lives), cards and power ups within the Mystery Boxes that you can collect along the way. And if you Like the game on Facebook you will receive 1000 eggs.

Go and get Ugh! in the app store. It’s simple yet challenging at times to play, quite addicting, fun, and free to download.

If you have any questions or comments, please leave them below. 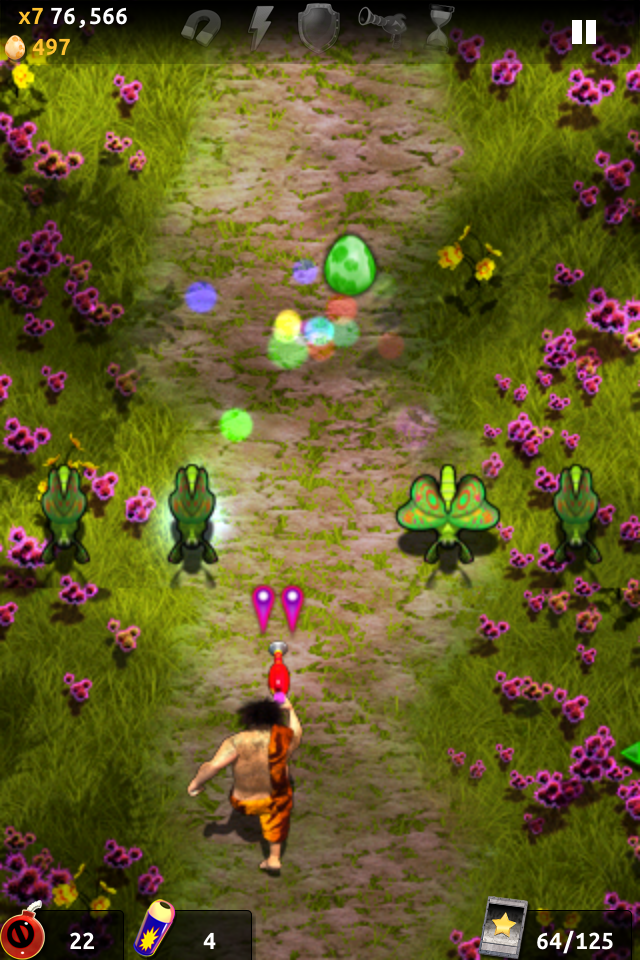